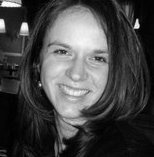 Women’s Charism in the Church

After the bachelor in French literature and in theology at the University of Belgrade, Julija Vidović obtained a PhD on Maxim the confessor at the Istitut catholique in Paris. In the same university she worked on a research project on the anthropological thought of the Fathers. Since 2015 her research focused on bioethics: she is working on a research project at the l’Institut saint-Serge, is involved on a bioethics group at the CEC and participating in two research groups at the Collège des Bernardins and the Université catholique de Lille.

She combine the academic work with the ecumenical and cultural engagement, as a member of the French association for missiology  and as assistant of the Serbian ambassador to the UNESCO.