27th International Ecumenical Conference on Orthodox Spirituality
CALLED TO LIFE IN CHRIST
In the Church, in the world, in the present time
Monastery of Bose, 4-6 September 2019
in collaboration with the Orthodox Churches 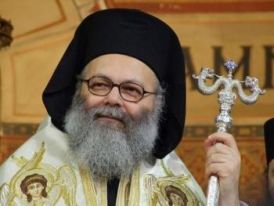 God did not abandon the fallen Adam. By virtue of His prognosis, God knew that Adam on his own will hardly be persuaded of the merits of obeying God's will, and therefore He preestablished a divine plan of salvation for Adam and for all those who were caught by death as a result of their sins (Rom. 5:12).This was God's eternal purpose: that His Son was to become the source of the believing person's justification and salvation from sin and death. Thus, the incarnation, death, and resurrection of the Son of God imparted the divine call in search for "the lost sheep" (Lk. 15:4). With the phrases "God making His appeal through us" and "we beseech you on behalf of Christ" (2Cor. 5:20), St. Paul points out God's call to life, and that God expects humans to accept His call.

The merciful and benevolent God, who "made Him who knew no sin to be sin on our behalf, so that we might become the righteousness of God in Him" (2Cor. 5:21), did not stop at that, but continued His initiative by entreating man to accept His offering. This is precisely why St. Paul notes: "all these things are from God" (2Cor. 5:18), because He gave His Son for man's justification, and instead of expecting something of equal value in return from man, entreats man to accept the good things He is offering free of charge (cf. 2Cor. 5:20).

What God demands is faith, which predicates receipt of God's saving work by man. In the teaching of the apostle Paul there exists an interdependent relationship between faith in Christ and obedience to Him. Following Christ is expressed by Obedience to Christ and practicing love, which remains the highest commandment that the one who believes in Christ is called to keep. The Christian must set the commandment of love as the law of his life, having as his example Christ Himself, who out of love voluntarily, and radically, was handed over to death in order to save man. Moreover, faith, according to the apostle Paul, must always be expressed by the performance of deeds of love. This is why he frequently connects faith and love and also emphasizes that without love faith is nothing; faith without love is of no avail. Thus, faith completed by love according to the example of Christ encapsulates the adventure of following Christ in all aspects of one's life.

This is the essence of the response to God's call. As much as one's faith is strong and one's imitation of the example of Christ's love is radical, one's response to God's call will be profound in a way that causes radical changes in one's priorities, way of living, and way of interacting with one's fellows. We anticipate with much joy that the proceedings of the conference will shed radiant light on the key apostolic theme of "Called to Life in Christ". We expect our representative and the participants from the ancient Patriarchal Throne of Antioch to convey to us the outcomes of this important meeting, which service ecumenical engagement and deeper study of the holy and unfailing deposit of faith.

+ Youhanna X
Patriarch of Antioch and All The East