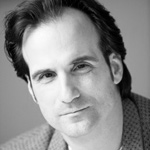 Christian Calling and the Life in the polis

Aristotle Papanikolaou was born in Chicago, Il. He is a co-founder and Senior Fellow at Fordham’s Orthodox Christian Studies Center and the Center for the Study of Law and Religion at Emory University. In 2012, he received the Award for Excellence in Undergraduate Teaching in the Humanities and founded, together with prof. Cemacopoulos, the Orthodox Christian studies center. This year the Center has started a research project on Orthodox Christianity and the Human rights. His areas of expertise are Eastern Orthodox theology, trinitarian theology, and religion in public life. His current research agenda relates to theological anthropology, and specifically explores the relevancy of truth-telling (confession) for understanding what it means to be human. He was awarded a Sabbatical Grant for Researchers from the Louisville Institute for his project The Ascetics of War. Among his publications: The Mystical as Political: Democracy and Non-Radical Orthodoxy (2012); “The Ascetics of War: The Undoing and Redoing of Virtue,” in Orthodox Perspectives on War.

In our current situation, it is impossible to think the Christian call in relation to the polis without simultaneously discussing the word “secular.”   I will, thus, begin by analyzing the concept of the “secular.”  I will then argue that if the one and only Christian calling is theosis—which I define as divine-human communion realized through an ascetical learning how to love—then the Christian is called to work toward a Christian secularism—a polis that protects and fosters pluralism, even moral pluralism.