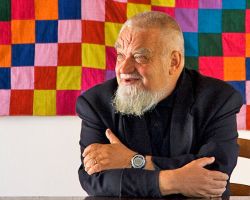 Enzo Bianchi, prior of Bose

Enzo Bianchi was born in Castel Boglione (AT), Monferrato, on 3 March 1943. After his studies in economics at the University of Turin, in 1965 he moved to Bose, a small village outside the town of Magnano, on the moraine ridge between Ivrea and Biella, where he thought to start a monastic community. In 1968 br. Enzo was joined by the first brothers and sisters and during this time he wrote the community rule. He is still the prior of the community, which numbers about eighty members, men and women coming from five different countries. The community is also present in Jerusalem (Israel), Ostuni (Apulia, Italy), Assisi (Perugia, Italy), Cellole-San Gimignano (Siena, Italy), and Civitella San Paolo (Rome, Italy). He was prior of the community from its founding to 25 January 2017.

At present Enzo Bianchi is: