Visit to the Armenian Church 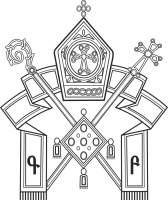 Two brothers of Bose participated in the conference on "Religious freedom and rhythm" organized by the Armenian Apostolic Church and visited historic Armenian monasteries.

In the name of our community, on 8–11 October we participated in the conference on Religious freedom and peace organized by the Armenian Apostolic Church at the primatial see of Etchmiadzin.

The Cathedral of Etchmiadzin

The main purpose of the conference was to draw international attention, especially the attention of western Churches and institutions, to the dramatic situation in the territory of Artsakh (aka Nagorno-Karabakh), more than half of which after the conflict between Azerbaijan and Armenia in the fall of 2020 was occupied by Azeri forces. Western media gave a measure of information on the armed conflict, but the situation after the armistice has been completely ignored. The conference, however, did not occupy itself only with that particular situation, but treated a broader theme on the relation between religious freedom and peace.(v. program).

A moment of the conference

The program was truly ecumenical. Besides various bishops and other members of the Armenian Apostolic Church, including His Holiness the Catholicos Karekin II, patriarch of all Armenians, and the bishop of the Artsakh diocese, Vrtanes Abrahamyan, the other speakers included Archbishop Angaelos of the Coptic Orthodox diocese of London (who visited Bose a couple of years ago), Archbishop Mor George Kourieh, patriarchal vicar of the Syro-Orthodox Patriarchate for Belgium, France, and Luxembourg, Archimandrite Filaret Bulekov of the Department for External Church Relations of the Moscow Patriarchate, Chorbishop Patrick Sookdheo of the Syro-Orthodox Church of the United Kingdom, the Anglican Bishop Robert Innes of Gibraltar, Archbishop José Avelino Bettencourt, apostolic nuncio in Georgia, Armenia, and Azerbaijan, the acting secretary general of the World Council of Churches Ioan Sauca, the general secretary and president of the National Council of Churches in the USA Jim Wikler, the president of the Conference of European Churches and Lutheran pastor Christian Krieger, Archimandrite Ignatios Sotiridis, secretary of the commission for inter-Christian relations of the Orthodox Church of Greece, the the priest Nikademus Yokhanaev, responsible for the Assyrian community present in Armenia.

The participants together with the Katholikos Karekin II in the center

Present were also some of the major experts on the patrimony of Armenia and in general of the Christian Middle East (among them Jasmine Dum-Tragut, Sergio La Porta, George Kiraz), as well as representatives of humanitarian NGOs. Among these last was Caroline Cox, independent member of the House of Lords of the United Kingdom and foundress of the Humanitarian Aid Relief Trust, which is widely active in the world, especially in regions suffering from war, who on this occasion received a high honor from His Holiness Karekin II for her work in favor of the Armenian Church.

For the opening discourse of Karekin II, see HERE

For the relation of Father Ioan Sauca, see HERE

Although conference was dedicated to a difficult theme, with continual reference to painful situations for various Christian communities in the Orient, it was held in an atmosphere of fraternal dialogue. Besides moments of fraternal exchanges and the dinners offered to all the participants by His Holiness Karekin II and the organizers of the conference, the brief but significative moments of prayer contributed to this.

In particular, on Friday, 10 September, we participated in an office of the “rising of the light” presided by His Holiness at the Baptistry of the Mother Church dedicated in honor of Saints Vartan and John, during which the Anglican bishop Robert Innes gave a sermon on Christ, the Light of the World.

The same day the participants, accompanied by Archbishop Nathan Hovhanissyan and Archimandrite Garegin Hambardzumyam, were received officially by the president of Armenia Armen Sarkissian, who emphasized how important it was to protect the artistic and religious heritage, which runs the risk of being damaged or destroyed by the violence of war.

At the conclusion of the conference, on 11 September we visited the memorial of the Armenian genocide, situated on a hill overlooking Yerevan, where we stood for a few minutes in silent prayer, and the Genocide Museum next to it, which documents the death of over a million and a half of Armenians between 1915 and 1922. The same day we visited the manuscript museum-library Matenadaran, the largest collection of Armenian manuscripts in the world.

The Armenian Genocide Memorial / Prayer at the memorial

At the conclusion of the conference the organizing committee, with the approval of all participants, drew up a communiqué, which reaffirms the principles of peace and religious freedom and appeals to the international community. read HERE 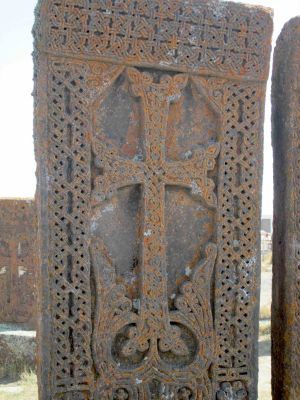 As brothers of Bose, we also had the honor and joy of being received privately by His Holiness Karekin II, who told us about his many projects, in particular a revival of monastic life. He told us about his meetings with and his esteem for Pope Francis, who visited Armenia in 2016. He expressed his affection for our community, recalling that he had sent his representative to our ecumenical conferences. We assured His Holiness that we continue to remember his Church in our prayers.

After the conference, we spent a few days becoming acquainted with the rich architectural heritage of Armenia, especially its numerous ancient monasteries. After a brief visit to the Mechitarists in Yerevan, with Father Mashtots Lazaryan of the Armenian Catholic Church and an old friend of our monastery as guide we were able to visit numerous interesting localities. Among these were the historic cemetery of Noraduts by Lake Sevan, which contains the largest collection of Khachkar, crosses carved in stone, and then the monasteries of Gehardt, Hairavank, Hagartzin, Saghmosacank, Hovhannavank, Noravank, and especially Khor Virap, on the spot where, according to legend Saint Gregory the Illuminator, who evangelized Armenia in the fourth century, was confined by order of King Tiridate III before his conversion.

From the hill of Khor Virap we could admire the majestic mass of Mount Ararat, but we also saw how near is the border with Turkey.

A week is too short to enjoy fully the artistic and religious wealth of a land with such an ancient Christian tradition. We hope that will have other occasions in the future to deepen our knowledge.

Among the many gifts that we have brought back from our visit, The Prayer Book of St Gregory of Narek (Holy Etchmiadzin 2018) stands out. St Gregory of Narek is the greatest father of the Armenian Church; his work is marked by a deep sense of sin, but also by an immense trust in God’s mercy. Pope Francis, in a speech during his apostolic visit in Armenia (25 June 2016) called it the “spiritual constitution of the Armenian people” and “a cry that implores mercy for all”.