Election of the patriarch of the Bulgarian Orthodox Church 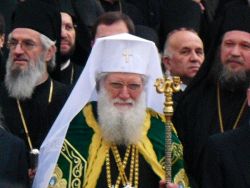 On Sunday, 25 February 2013, metropolitan Neofit of Ruse was elected patriarch of Bulgaria and metropolitan of Sofia 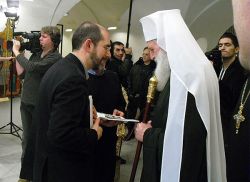 On Sunday, 25 February 2013, metropolitan Neofit of Ruse was elected patriarch of Bulgaria and metropolitan of Sofia by a council composed of the bishops of the Bulgarian Orthodox Church and delegates of the clergy, monastics, and laity. His predecessor Maksim had passed from this world to the Father on 6 November 2012.

The new patriarch’s enthronization took place on the same day, in the presence of official delegates of all the Orthodox Churches.

Patriarch Neofit (Simeon Nikolov Dimitrov) was born in 1945. He studied theology in Sofia and specialized in liturgical singing at the Moscow Theological Academy. A man of peace and of dialogue, patriarch Neofit has before him the delicate task of leading the Orthodox Church in Bulgaria towards reconciliation and unity, since only recently was the painful internal schism that occurred in 1992, after the fall of the communist regime, recomposed.

Our community participates with prayer in the joy of Orthodox Bulgarians for the election of the new patriarch, whom two of our brothers, delegates of the prior, were able to greet personally in Sofia on the day he took possession of his see.