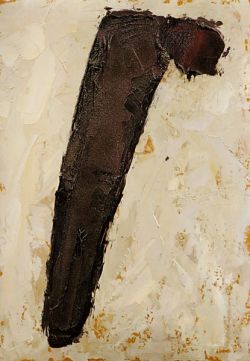 Words of Spirituality
by ENZO BIANCHI
Humility is not primarily a virtue to acquire, but rather an abasement to endure: humility is above all humiliation

Humility is a suspect virtue. The word is joined to a long legacy that has made it a personal virtue, the goal of the individual who seeks to become perfect. Humility is often seen as synonymous with a created being's self-annihilation in front of God who is all, and his or her self-abasement in front of other people. Today, however, this is no longer felt to be an appropriate way of approaching God, who does not crush what is human but welcomes us in the fullness of our humanity. At times, humility is seen as a pose, an artificial attempt to downplay one's identity and worth. Psychologists understandably prefer the word ‘authenticity,’ whose meaning is actually quite close to the original meaning of the traditional term humilitas. For Nietzsche, humility is an aspect of the religious quest for consolation in the face of our own powerlessness. Not only is humility suspect; in a certain sense it is also dangerous. It is dangerous to preach humility and make it a law, because we need to remember that such a message will be received in different ways by different people. Those with a super-ego will probably not be affected in the least by anything said about humility, while those with a low self-image may respond in an a way that is not psychologically healthy. We should first ask ourselves, what is humility? The numerous definitions the Christian tradition has handed down to us guide us toward an understanding of humility as relative: relative, that is, to the diversity of individuals and to the different possible expressions of personal freedom.

According to its most common definition, which is also the definition that best captures its particular character, humility is not exactly a virtue, but rather the basis and motivation for all of the other virtues. "Humility is the mother, the root, the nurse, and the foundation of all the other virtues, and it is what holds them together," writes John Chrysostom, and in this context we can understand why Augustine sees "all of Christian discipline in humility alone" (Sermon 351:3:4). If this is the case, we need to free humility from the confines of subjectivism and devotionalism and remember that its source is Christ, who is magister humilitatis (the teacher of humility), in Augustine's words. Christ teaches humility by "teaching us to live" (Titus 2:12) and guiding us toward a realistic knowledge of ourselves. This is exactly what humility is: our courageous acceptance of who we are in front of God - in front of the God who revealed his own humility in the self-emptying of the Son, the kénosis of Christ that led to his death on the cross. Insofar as humility is authentic self-knowledge, it wounds our narcissism, because it leads us back to who we really are - that is, to our humus, our identity as created beings. This is how humility guides us along the path toward human maturity. This is genuine humilitas: "O man, realize that you are man; all of your humility consists in knowing yourself" (Augustine).

If we learn humility from the one who is "gentle and humble of heart" (Matthew 11:29), we will become the terrain upon which grace can develop and bear its fruit. When we recognize the limits that characterize us as created beings, our sinfulness, and, at the same time, the fact that we have received everything from God and are loved even in our limitations and negativity, humility becomes our joyful submission to God and our brothers and sisters in love and gratitude. Our humility depends on our love. "Where there is humility, there is also love," writes Augustine, and a contemporary philosopher expresses the same idea in his own terms: "Humility disposes and opens us to grace, but this grace is love alone, and not humility" (V. Jankélévitch). In this sense, humility is also an essential element of every form of community life. It is not by chance that in the New Testament, the apostles constantly invite the members of their communities to behave with humility: "Clothe yourselves, all of you, with humility toward one another" (1 Peter 5:5, cf. also Colossians 3:12); "in humility count others better than yourselves" (Philippians 2:3); "do not be haughty, but associate with the lowly" (Romans 12:16). Only humility makes possible the building up of a community, which always means bearing together each person's weakness and poverty. This is the only way we can combat and defeat pride, which is "the great sin" (cf. Psalm 19:14) - or perhaps more accurately, the great blindness that prevents us from seeing the truth about ourselves, others, and God.

More than self-abasement, humility is an event that flows from the encounter between the God who has revealed himself in Christ and an individual created being. The humility of God revealed by Christ (cf. Philippians 2:8: "he humbled himself") becomes, through faith, our own humility. Certainly, if we are to arrive at true humility - in other words, humility that is also truth - and if we are to learn how to adhere to reality by obeying God in gratitude, we sometimes need to experience humiliation. Humbling ourselves freely and with love is a difficult operation, and it is almost impossible to do with a pure intention. At times, humility can become an excuse to double our pride. This is why humility is not primarily a virtue to acquire, but rather an abasement to endure: humility is above all humiliation. This humiliation comes from others, especially those closest to us; it comes from life, which contradicts and defeats us; it comes from God, who is capable of humbling us and exalting us with his grace as no one else can. Humiliation is the place where we discover the truth of who we are and where we learn obedience, just as Christ "learned obedience from what he suffered" (Hebrews 5:8) - namely, shame and disgrace (Hebrews 12:2, 13:13). It is the event that takes us to the depths of our own abyss, where our heart is reduced to fragments: cor contritum et humiliatum, Deus, non despicies (Psalm 51:19: "A broken and contrite heart, O God, you will not despise"). After this experience, we can repeat with conviction the Psalmist's words: "It was good for me to be humiliated, in order to learn your laws" (Psalm 119:71).